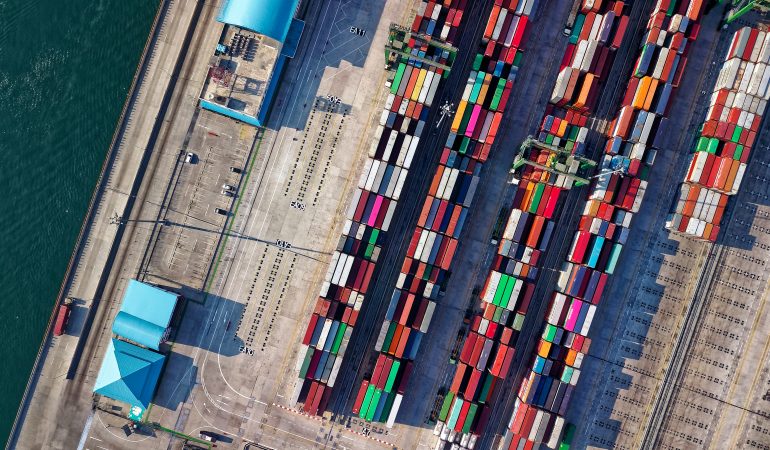 Truckers are one of the essential parts of the services industry. Whatever that you see on the shelves of your favorite supermarket is present because of their consistent efforts. However, there have been a lot of instances in the past where truckers were troubled by the law enforcing agencies.

One such example is the ELD Mandate. The mandate has been harsh on the truckers and has resulted in them incurring losses. The order was introduced so that the number of road fatalities can reduce. According to the facts that were made public, it has been successful in preventing a lot of casualties.

The ELD mandate is a part of the Moving Ahead For Progress in the 21st Century (MAP 21) act.

If you are interested in knowing more about the device and the law, make sure that you read this article in its entirety.

ELD is the acronym for the term Electronic Logging Devices. These devices are used to record the number of hours for which a trucker is driving. This process is carried out by paying close attention to the readings from the engine. The process is very glitch-free and has helped to obtain accurate results in the past.

Electronic Logging Devices have been in existence for a very long time. Almost all the truckers are aware of their presence, but only a small bunch knows about their usage. Their usage was not monitored earlier, but the protocols were refurbished.

The ELDs are installed and are mandatory so that all the drivers stick to the HOS (Hours of Service). These hours are decided after due consideration and keeping the bodily requirements in mind. Some truckers are still in favor of keeping manual paper logs because they feel that the automated version has made the process very rigid.

What is The HOS Law?

The HOS Law is the sole reason behind installing the ELDs. It states that a trucker can drive for 11 hours in a 14-hour consecutive window. Once this window is complete, they have to take a rest for the next 10 hours. The trucker is also supposed to take a small break of 30 minutes in between the 14 hours.

The HOS law was not appreciated by truckers because it took their independence away from them. They had to follow a specific timeline, and they resented this law.

Why Was This Law Passed?

This law was passed for a straightforward reason. The reason was to keep tired truckers away from the road. Tired truckers have been causing many collisions that have sometimes resulted in significant losses. A lot of innocent people also become prey to truckers’ insouciance.

These big commercial companies and truckers wanted to maximize their revenue. Hence, they worked for more hours than their bodies could actively support. Hours of service law made sure that all these practices were kept under regulation.

How Does This Affect The Consumers At Large?

This law had a tremendous impact on the consumers. The demand for many products reached an all-time high because the availability was subjective. Consumers either had to wait for a product or had to pay a price that was higher than what they usually paid.

There was an existing crisis in the number of truckers that was going on since 2016. This law put restrictions on the existing truckers, and that is how the whole system was disrupted. Shipping and freight companies had to increase their prices so that more and more personnel could be recruited. This cost was added to the overall mix, and the consumers had to bear the brunt.

The government was very supportive of the ELD mandate. The simple reason came down to the accountability that the government holds. The government was also keenly interested in an automated overhaul since the beginning. Manual records were susceptible to changes which led to discrepancies in transparency about the actual working hours.

Many big commercial companies that had the power to recruit more people were also seen in favor of this mandate. They had the means to incur additional costs, and hence they were not affected by it.

All the people who were enlightened about the ill effects of working more also joined this list of supporters. Many people had to suffer, and that is why the common good was given the limelight against personal incentives and increased revenues.

Even though ELDs are not particularly liked by the truckers, they were implemented for the greater good. However, it is imperative to keep the interests of truckers in mind.

There might be changes in the rigidity of the law. The 30-minute break might become optional as drivers already spend a lot of time at the docks. This can increase their work time and stop them from having gaps that obstruct their flow. You might also see some revisions in the 14-hour workday.

The primary issue is not the electronic device that tracks the truckers’ movements. It is the 14-hour work rule that hampers their productivity sometimes.

There are certain exemptions to the ELD mandate. These exemptions are set in place so that the consequent effect can be universally accepted. Here are some of them.

In order to install the Electronic Logging Device, the engine has to be compatible. It should have the ECM (Engine Control Module) so that the ELD can even begin to function.

You have the option to replace the engine in a truck with a more recent model. If you do that, you have to comply with the law even if your truck was manufactured before 2000. ECMs reduced the complexity in the entire process and made the experience very smooth.

The drivers that have a short Records of Duty status are exempted from this law. If your ROD is less than or equal to 8 days in a 30-day cycle, you are not bound to install an ELD device.

These truckers were required to maintain manual logs if they were not interested in upgrading their vehicles with the ELD mechanism.

These are the routines that are followed when an empty truck/trailer is taken back to the source of origin. If these operations are a part of the overall shipment, installing an ELD becomes optional.

The ELD mandate for truckers was a move towards a safer environment. It aims at providing the bare minimum rest that a trucker needs before they can hit the road again.

There have been many amendments in the law so that all the stakeholders can be happy. All the major commercial organizations have supported the government with this as a part of their responsibility towards society.

If you own a truck that is manufactured post-2000 and is still roaming free without an ELD, it is time you give it the upgrade it legally needs!